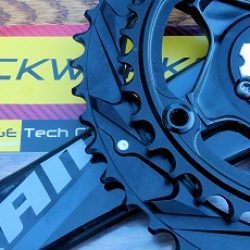 Each new crank brings the cool opportunity to make it shift better, shift faster and improve the look.  If SRAM’s new Force 22 is with you, WickWerks has the weaponry to feel the Force like never before.  It may not make you the new Jedi of ‘cross, but 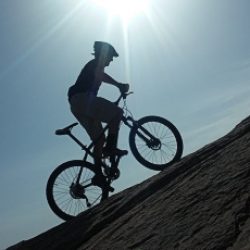 It’s time for a field trip – the annual test trip for component abuse and verification.  The boss calls it something else, but we won’t go into that …

Cyclocross season officially kicks off – September 10th – with Cross Vegas 2014 – Racing under the lights – and the WickWerks Wicked Fast Lap Awards.  This is a show worth attending, and it only comes once a year! 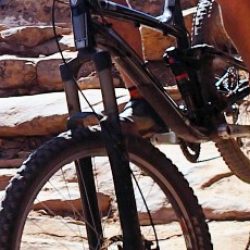 Immersion is a great way to learn.  Want to learn a language?  Go where the language is native, you’ll learn so much more.  That was my approach with single front chainrings. 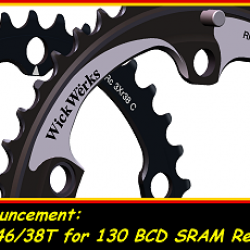 Cyclocross chainrings for the 130mm BCD version of the SRAM Red 2012+ Exogram Crankset are now available in the popular 46/38T configuration. 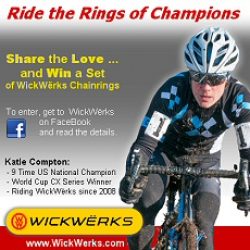 – Sweepstakes – To honor our 3 USA Cyclocross National Champions, we’re giving away 3 Sets of Chainrings – your choice!

It took a while, but it’s finally here.  The United States Patent Office has granted US Patent 8,617,015 covering aspects of the WickWerks chainring ramps and shifting technology.  The patent was issued December 31, 2013 — making it an awesome New Year’s present.  This now adds to the portfolio of WickWerks Intellectual Property. 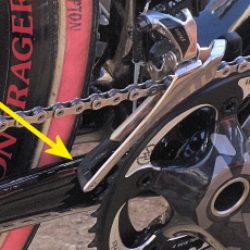 In 2013 WickWërks introduced a new chainring size — requested and run by of one of the greatest women riders ever on a ‘cross bike. 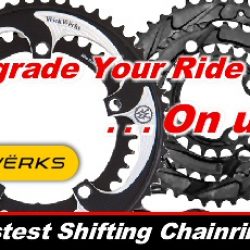 WickWerks is doing it again … This time teamed up with MTBR.com to give away 4 sets of rings as a free upgrade to 4 lucky MTBR readers. 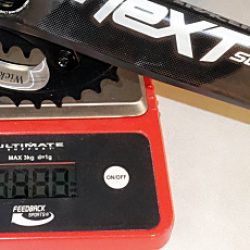 Race Face introduced a new product this year in their “Next” family.  It was rumored for a while – supposed to be a super duper light, super stiff and fantastic new crank.  Now the next Race Face Next SL is here, and I’m particularly interested because I thought the last version was pretty fantastic – how would they out-do that? 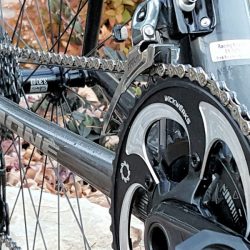 The quest for optimum gearing performance in every condition — the holy grail — is elusive and fraught with compromises.  That landscape is changing as WickWërks introduces  . . . 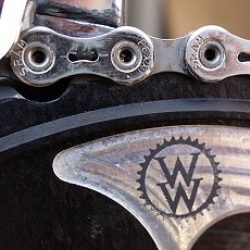 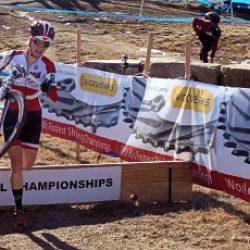 Here we come again — USA CX Nationals are once again on the horizon — with Stars and Bars up for grabs again!  From our archives we found several great photos from 2014 — take a look, you might be in one. 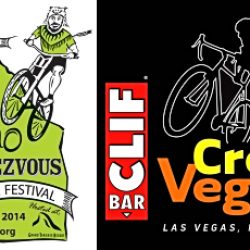 The big wrap-up for summer (and start of fall) for WickWerks will be at 2 big events coming up soon.  WickWerks is excited to sponsor both these events because they stand out as landmarks in the respective areas.