When the Force 22 is with You

Each new crank brings the cool opportunity to make it shift better, shift faster and improve the look.  If SRAM’s new Force 22 is with you, WickWerks has the weaponry to feel the Force like never before.  It may not make you the new Jedi of ‘cross, but it will certainly compliment your skills and speed your shifts.

The new Force 22 follows the visual cues of the Red Exogram by placing one of the chainring bolts behind the crank arm.  With the Red, the hidden bolt is a functional part of making the crank light and stiff, but with the Force 22, it seems to be only aesthetics — because the hidden bolt serves no purpose beyond unnecessarily complicating the crank, the chainrings and the assembly.  The spider attachment is done at the crank center just as with previous SRAM cranks (rotated slightly), and the 5th finger, though hidden behind the arm, is just another spider tab. 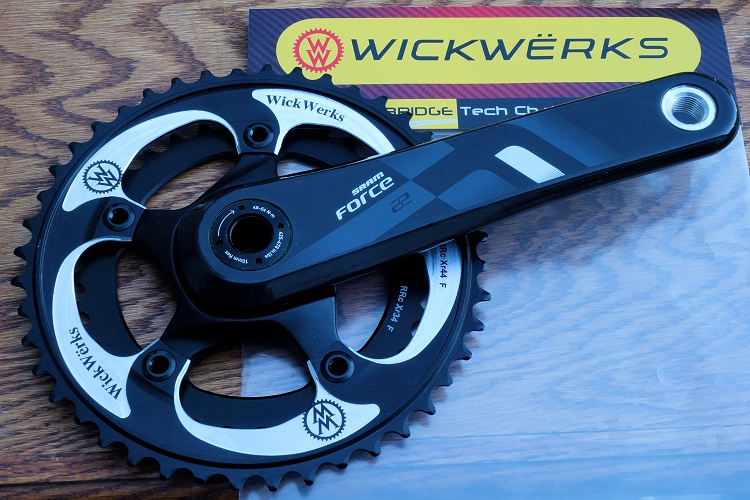 Well, regardless of the reasons for spider mounting orientation, the Force 22 is a nice crank.  It looks good.  It’s reasonably light.  And, will certainly make a great crank for cyclocross.

Now, the way to improve it!  WickWerks chainrings definitely shift faster, and can add a touch of bling to the machine.  They also have fewer open sections to collect mud, sand and debris from the course.

The chainrings shown in these images are the WickWerks Xr 44/34t Rings made originally for the SRAM Red Exogram (and Red 22).  With a minor change and slightly different hardware (fasteners) they serve perfectly on the new Force 22.

If the Force is with you, make it faster with these WickWerks chainrings available now.  Mounting the new rings is simple by following these Mounting Instructions. 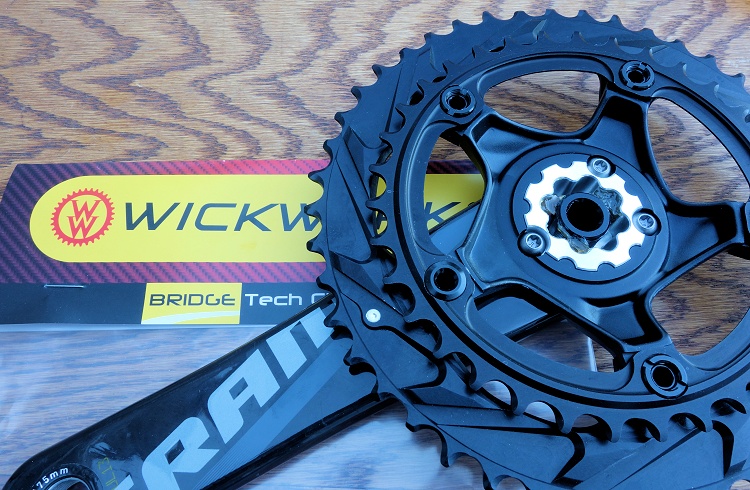