Such a sad day!

In the wake of the Black Forest fire (June, 2013) just outside of Colorado Springs, the following pictures were taken of the remains of some bikes pulled from what used to be the garage of a bicycle (and tricycle) enthusiast.  These pictures are shared not for sympathy or any such thing, but because it is both fascinating and saddening to see the destruction of the fire. 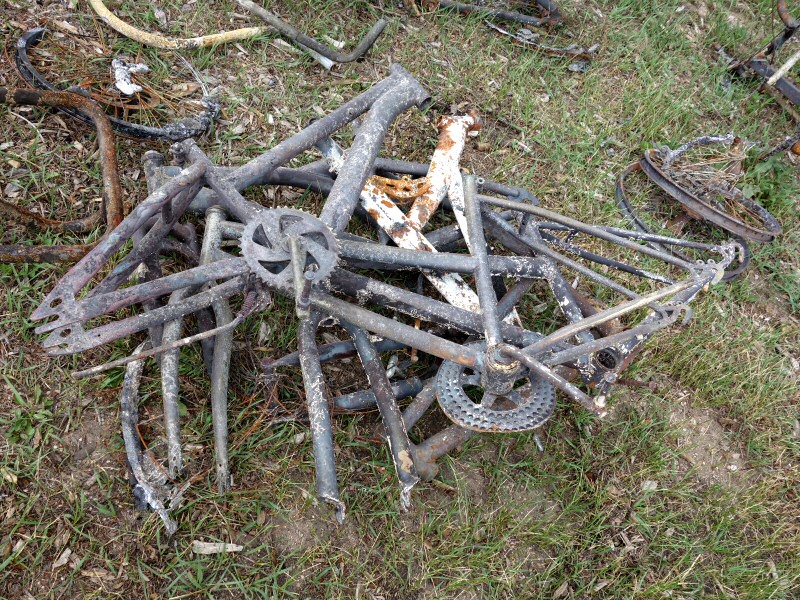 Aluminum framed bikes were mostly melted away — certainly unrecognizable.  Most aluminum components were either melted or seriously damaged, but these few steel parts and steel bikes remained in a recognizable condition. 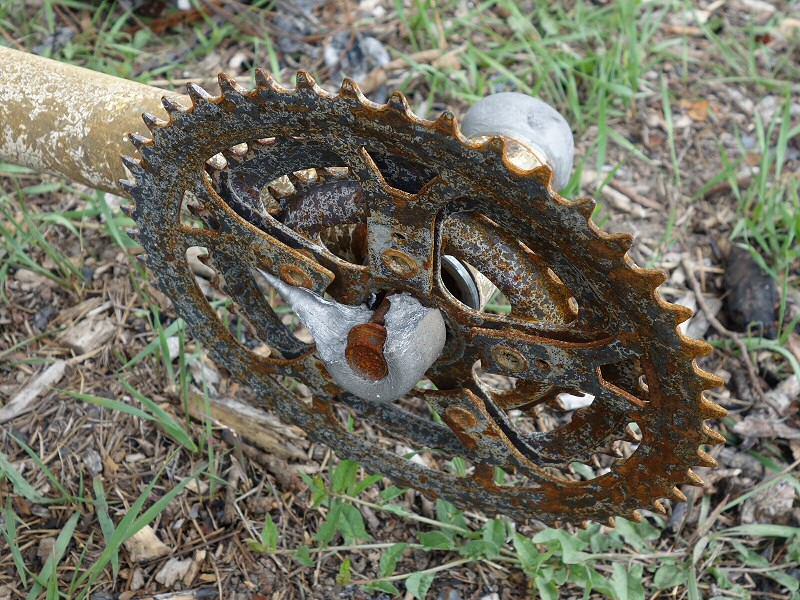 Above – This is the crank set of an experimental trike — the arms all but completely melted away.  The aluminum spider between the chainrings also melted out from between the steel chainrings.  Of course, all the plastic and aluminum supports are gone. 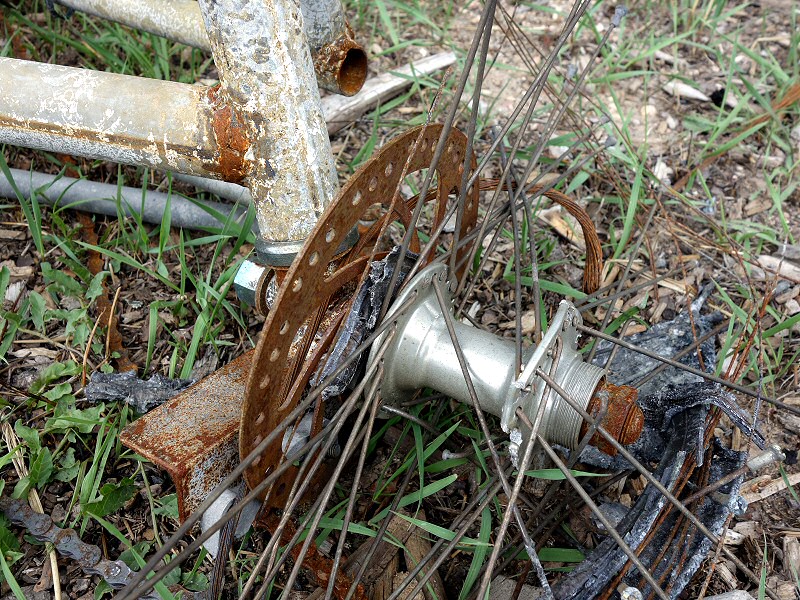 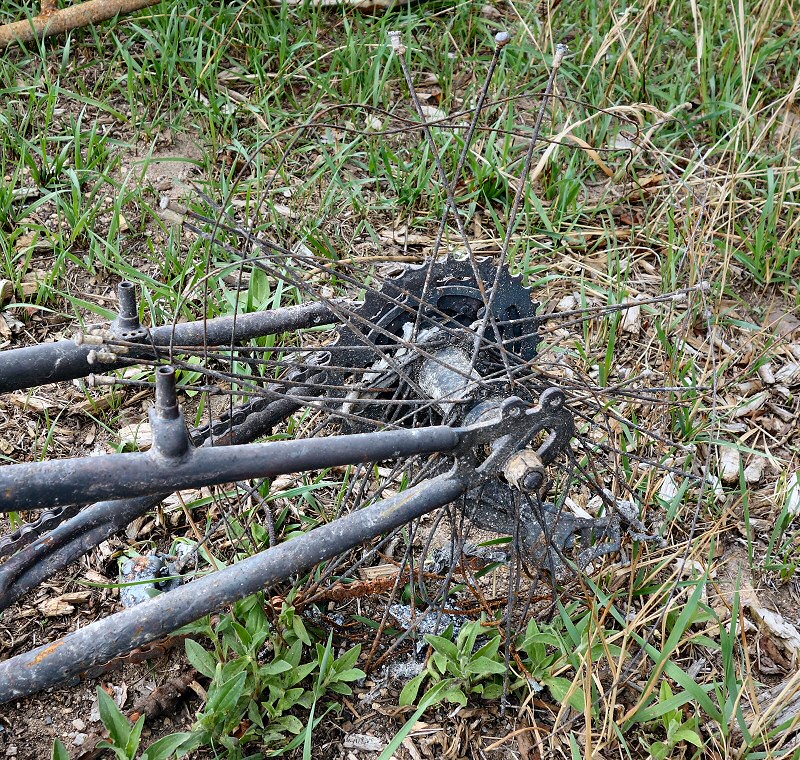 Such intense heat from the fire!  Such a sad loss of experimental and developmental equipment.  These are actually the remains of some functional prototypes of a new drive system for tricycles.  Though there is loss, the real value resides in the head of the creator, which is very much preserved, remarkably positive, and very excited to continue in his passion with trikes.