The best party in Vegas is coming right up, and You’re Invited.

CrossVegas 2015 is set to be bigger and better than ever before.  This year, not only as a UCI race, but for the first time, a World Cup Event as well.

WickWerks will be there AGAIN as a supporter and race sponsor.  We’ll have our small booth and banners around (similar to past years) PLUS a fun new on-course feature that’s one of a kind.  We invite you to come and visit. 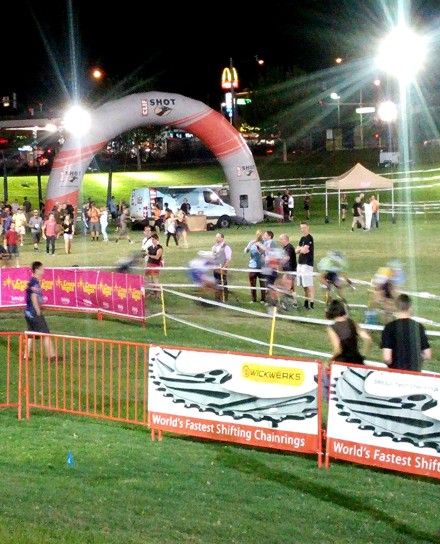 Look for new product introductions from WickWerks this fall, and especially at CrossVegas.  We’ve been doing a lot of work this year, not only on new and innovative products, but also on our look.  We’ll be rolling out the new hair-do in full force at CrossVegas, so come and see.

Of course, we have the same awesome, fast shifting, BRIDGE Tech chainrings that racers have come to love.  We also have some updates for some of those rings that are pretty smart.

WickWerks Z-Rings were introduced in Spring 2015 at Sea Otter, and those are now available in Cyclocross configurations for people who run the 1X.

The most exciting products are just now being introduced at Eurobike.  More on the Road side of cycling, there are a couple innovative products worth checking out.  We’ll, of course, have information and products to see at our little booth at CrossVegas, so stop by and ask.

You asked for it, so we’ll deliver.  You wanted a super good deal on chainrings, so here it is:  Snap a photo of you with the WickWerks banners, post it on Instagram, Facebook, or Twitter, then tell us, and the deal will be yours.  There will be plenty of opportunity to get the shots at CrossVegas, but we won’t limit it there . . . If you can’t attend CrossVegas 2015, catch the WickWerks banners at any event around the country and we’ll honor the deal through 2015.

If you can’t make it in person, catch the live broadcast on the Universal Sports Network (link removed) from 8 to 11 pm PDT.  World Cup in the USA.  Sounds great to us!

Choosing the Right Gears Back In Gears